The Smithfield meat market is one of the oldest markets in London, and one of the largest meat markets in Europe.  The imposing Victorian building supplies butchers, shops and restaurants with meat, and most of the trading happens around 4:00 am.  It is the only major market in London not to have moved out of central London for cheaper land, and is becoming increasingly off-limits to the general public.

I arrived at 2:30am.  Having been granted access, and fitted with a hard hat and white coat, it was as though I was given carte blanche.  I almost felt spoiled – this was quite a contrast to my usual covert/guerrilla photography. 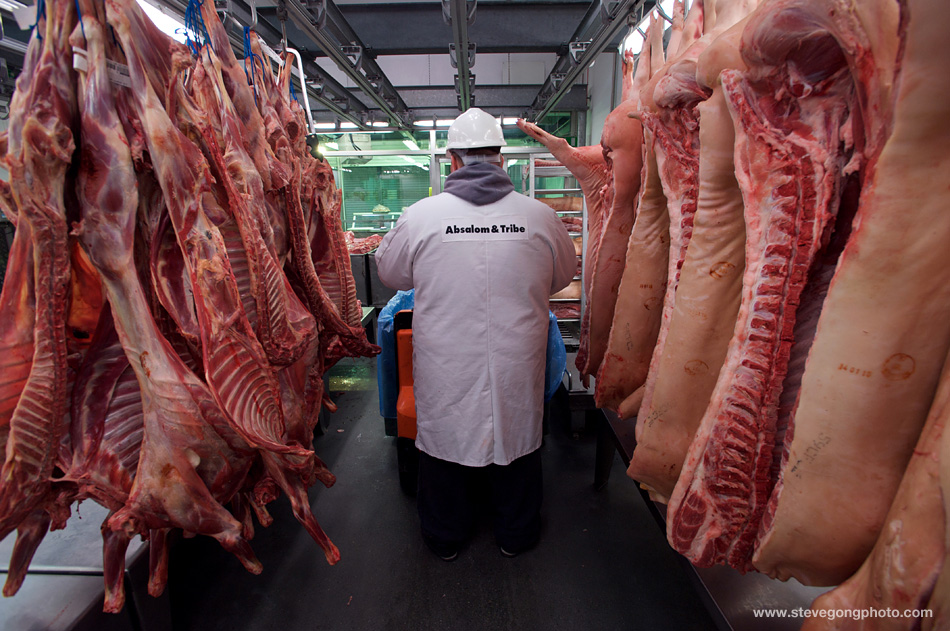 What surprised me about the place was how clean and efficient everything was.  All the workers seemed to be in high spirits, cutting up carcasses while, what seemed like easy-listening elevator music played in the background.

Most of the guys I talked to had been working in the industry for over a decade, and I got a sense of camaraderie amongst the workers.  The dynamics between them reminded me of the time I spent living with the firefighters of Charlottesville.

Each of them seemed to maintain a certain threshold of masculinity, and enjoyed joking around or playing pranks on each other.  Charlie(pictured below), who’s younger than the rest, really got picked on while I was there: “Charlie!  Charlie!  Smile for the gentleman!  You’re going to be a movie star, Charlie!” 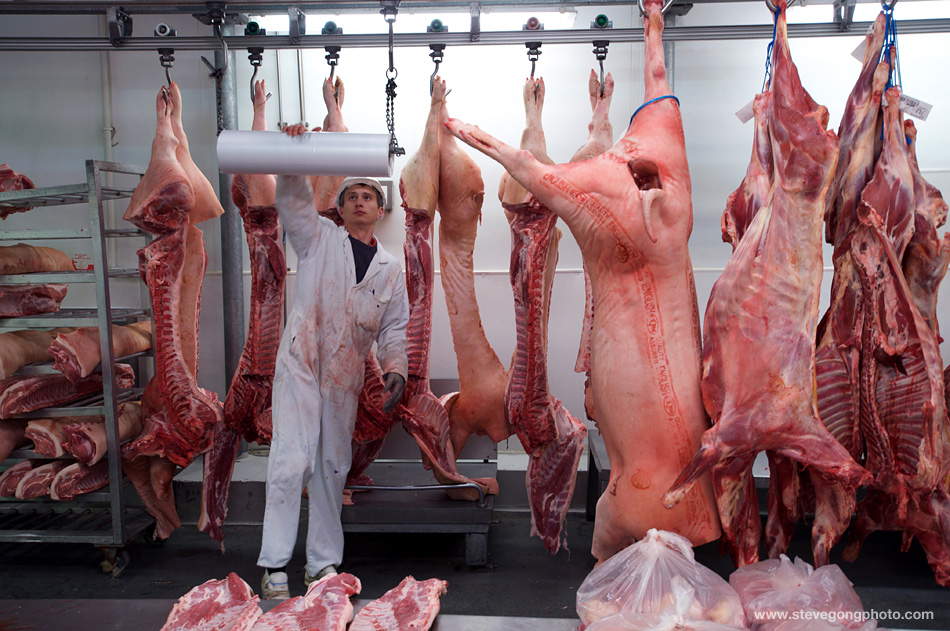 Poor Charlie was trying his best to not laugh, probably because I told him to be as he is and ignore me.  However, what he didn’t realize was that his queue to laugh is being as he is.  I have to be extra careful in the future, as asking for no art direction is art direction.

Buyers come with suitcases, and I actually saw them point all the way to the back to pick the carcass they want.

By the time I was done, it was 4:00, and unfortunately, I had to take two busses to get back to where I live.  London’s not as cool as NYC – it doesn’t have a 24/7 subway.  I waited 40 minutes in the blistering cold for my bus at the St. Paul’s bus stop, where I had nothing better to do than to take pictures: 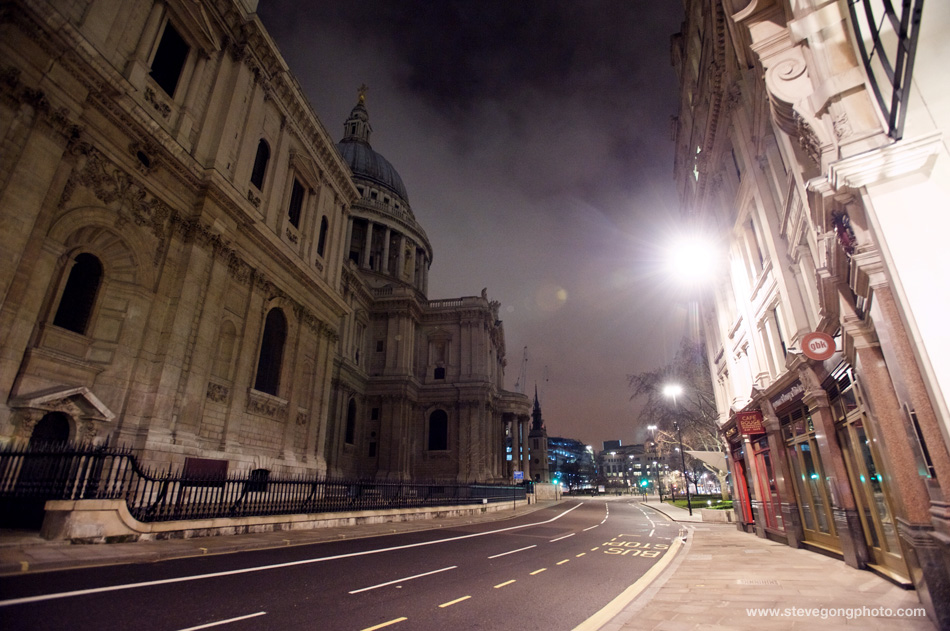